The B-17 was shot to hell. Yet a heavenly hand seemed to be keeping the crippled bomber airborne. Charlie Brown, the 21-year-old American pilot, had no other explanation. During a bombing run over Bremen, Germany, flak had shattered the glass nose, knocked out No. 2 engine and damaged No. 4. A cannon shell from an enemy fighter had blown off the fuel-tank cover on No. 3 engine without bursting. The scene inside was just as grim: Wounded airmen huddled in the back of the blood-soaked bomber, and the tail gunner was dead. 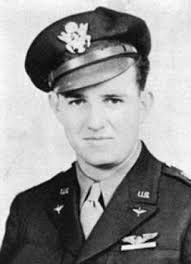 Losing power and speed, Brown fell back from the bomber formation. As Ye Olde Pub wobbled over Germany the ball turret gunner spotted a Messerschmitt Bf-109 climbing toward him. “Dear Jesus,” cried the airman, whose twin guns had jammed. Franz Stigler, the Luftwaffe ace, moved behind the bomber for the easy kill. He reached for the trigger, then paused. The B-17’s tail guns were pointing down, a non-threatening position.  Then he noticed the plane’s left stabilizer, which had been shot away. “My God,” he muttered, “how are you still flying?”

Stigler also spotted injured airmen through the damaged airframe. Then he remembered the words of a German officer: “If I ever see or hear of you shooting at a man in a parachute, I will shoot you down myself.” Stigler later confessed, “To me it was like they were in a parachute. I saw them and I couldn’t shoot them down.”

Stigler positioned his fighter off the bomber’s right wing, then to the left wing. He made eye contact with Brown and tried communicating with hand signals: Land in Germany and surrender, or fly to neutral Sweden. Brown, who was aiming for England, could not discern the message. Stigler remained in tight formation to prevent German anti-aircraft guns from targeting the bomber. When they reached the North Sea, Stigler saluted Brown and peeled away. “Good luck, you’re in God’s hands,” said the ace. Stigler did not report the encounter with commanding officers, knowing that a German pilot who spared the enemy in combat risked execution. 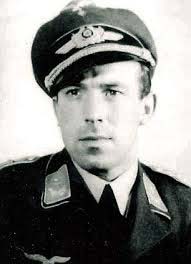 Thirty minutes later the bomber dropped to 500 feet. The ocean filled the horizon. Brown, working with his co-pilot to steady the plane, made a distress call. Author Adam Makos describes the scene in his book A Higher Call: “Each time Charlie felt The Pub shudder and drop a few feet, he touched the Bible in his pocket like a transmitter on a microphone hoping it would beam his prayers up faster. He asked his Third Pilot to stay close.”

The B-17 miraculously made it to England. “When I saw the condition of the airplane, it frightened me more than anything in the air did,” Brown said. “It seemed as if a hand had been holding us up in the air.”

Brown and Stigler, both God-fearing men, survived the war. They reunited 47 years later after Stigler, living in Canada, responded to an ad Brown had placed in a combat fighter newsletter. Brown was searching for the Bf-109 pilot who escorted his bomber over wartime Germany. In 1990 the pilots held a tearful reunion in Seattle. When Brown returned home to Miami his wife Jackie asked, “Did you find out why he spared you?” Charlie nodded and said, “I was too stupid to surrender. And Franz Stigler was too much of a gentleman to destroy us.”

Brown and Stigler became close friends. They called themselves brothers. They died within months of each other in 2008.

The right stuff
What did Jesus write on the ground?