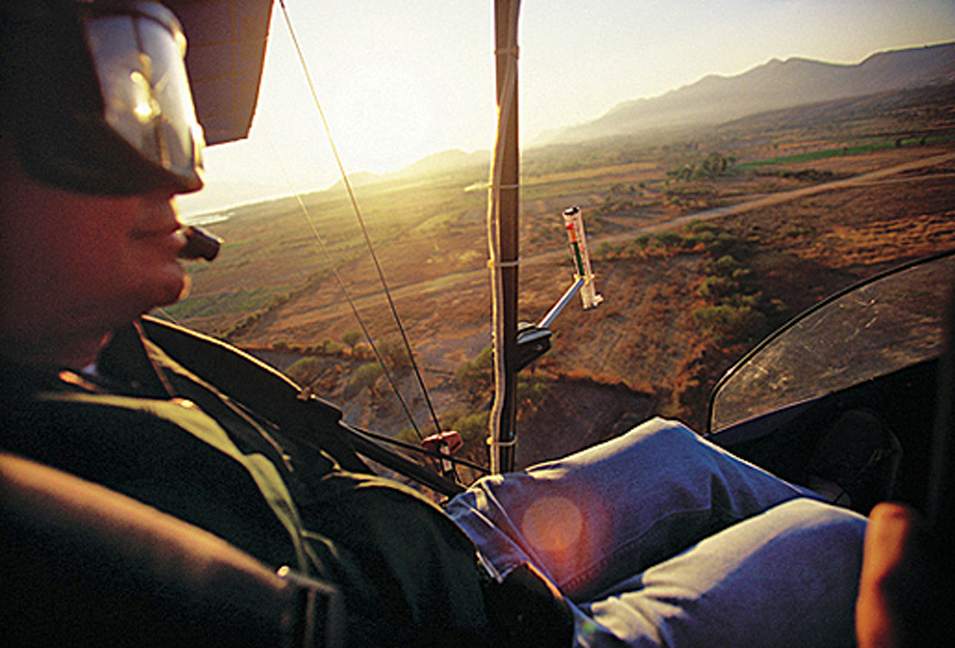 The peak in central Mexico is nameless and barren. In other words, unspectacular. But that’s about to change as Christian missionaries huddle to pray near the summit. Jerry Wiley, a bush pilot, asks the unthinkable: Lord, capture us in Your glory like You did Moses on Mount Sinai.

As Wiley prays, a fog-like cloud emerges from the back of the peak on a clear, sunny day. It rises quickly and engulfs the ministry team. “The fog almost hooked around and met in front of us,” says Wiley, who flies with Mercy Wings International, a mom-and-pop aviation ministry out of Durango, Mexico. “There wasn’t a dry eye in the place. People fell on their faces. It stayed about 15 minutes then melted away.” 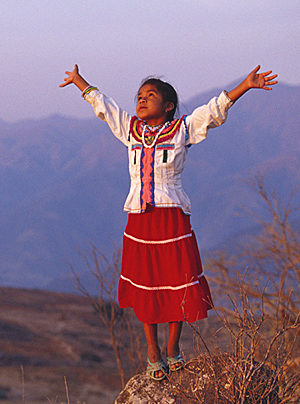 A young girl worships on a mountain in central Mexico. Christian missionaries claim God met them in a glory cloud at the summit

Signs and wonders are common to missionaries serving in the Mexican outback. But this was such an unusual and powerful manifestation of what they believed was God’s presence that they returned to camp shaken and weeping. They had gone to the mountain to pray before opening a medical clinic in a nearby village. “It was an awesome thing,” Wiley says. “God put a stamp of approval on what we were doing. We felt a great breakthrough.”

The glory cloud has not returned, but Wiley and his flying partners – Jerry Witt and Alex Fedorenko – rely of God’s provision and protection on every mission. Witt has been shot at by drug runners and robbed by bandits. The pilots thread their single-engine planes over and around mountain ridges, through steep canyons, and land on primitive airstrips. “I have one airstrip I call the aircraft carrier,” says Witt, whose friends call him Indiana Jones. “It has a launch ramp. You literally go off the side of a mountain. A down draft can put you into a mountain side and there is nothing you can do.” When high winds prevented Witt from reaching another remote airstrip, he prayed in the cockpit for God’s help. The wind, which had howled all night and morning, stopped suddenly and the plane landed safely. A half hour later the wind returned and raged for another 24 hours.

Ministering in a region as large as Louisiana, the pilots help organize medical and dental clinics. They support outreach teams by airlifting cement, lumber, medical supplies and gasoline. Their most ambitious project is dropping small, solar-powered radios by parachute in areas inaccessible to vehicles. The shortwave device receives gospel messages from High Adventure Ministries in Los Angeles. Pilots release the radios from a cockpit window, dodging mountain ridges and rooftops by as little as 20 feet. Villagers approach the unmarked cargo cautiously, but are visibly moved once they look inside. The packages include a gospel tract, introducing many to Jesus Christ for the first time.

Wiley once dropped a box containing a Bible to a farmer plowing his field with oxen. As Wiley circled overhead, the man lifted the Bible and waved as if he wanted Wiley to land to thank him personally. “It tore my heart out,” Wiley says. “I said, ‘God, what I’d do for a helicopter right now to go lead that man to Christ.’ The man took off his big-brimmed hat and put it over his heart, letting me know he appreciated the gift. In these hills many have never seen a Bible.” 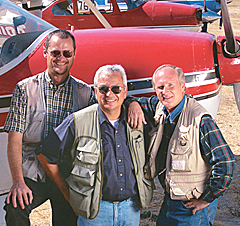 Witt estimates Mercy Wings has distributed 1,200 radios by air and several thousand on foot. Occasionally he will hear reports of God touching lives in isolated areas. A woman in her 60s was healed of an degenerative disease while listening to her radio. The program instructed anyone with an affliction to lay one hand on the radio, the other hand on their body and to trust in Christ. “She  received healing instantaneously,” Witt says. “This is the middle of no man’s land. She had suffered for 40 years. Witch doctors couldn’t heal her. Now she understood that this little book in the box was a portion of a book they kept mentioning on the radio called the Bible.” The woman began a quest to acquire a Spanish Bible, even though she could not read. She found one, somehow, and asked the Lord to teach her His Word. Nine days later she was reading Scripture to relatives.

Although the pilots have seen God work other miracles – healing a boy from a venomous snakebite and raising a clinically-dead girl – the field of aviation ministry is neither romantic nor glamorous. Witt, Wiley and Fedorenko work in mountains as high as 13,000 feet and canyons twice as deep as the Grand Canyon. In some remote locations, people live in caves and wear loincloths. “Not too many people want to rough it and pay the price to work in such difficult areas,” says Witt, who receives funding from friends and family in the United States and Mexico. “When you fly and see these huge canyons littered with thousands of huts and little trails going up and down, you realize it’s going to take more than conventional transportation to reach these people. The Spanish conquest under (Hernando) Cortes (in 1520) drove people out of the flatland, and this is all that’s left. One canyon is 11,000 feet deep and has 13,000 people living in it.”

“Everybody is looking at me with high suspicion. It’s hard to explain why a foreigner with a good airplane would spend so much money to take a message to people they don’t care about.” 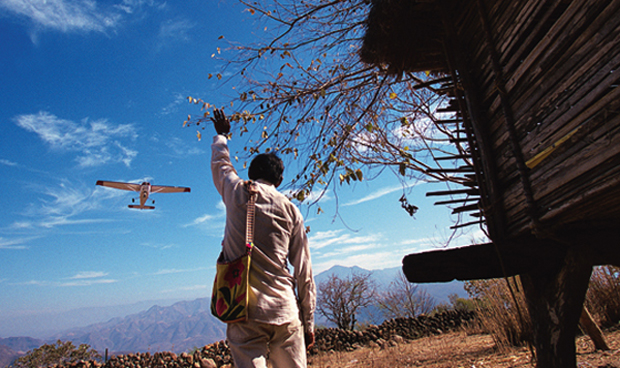 Another challenge is ministering in an area that historically has been hostile to evangelical Christianity. Witt’s father, Jerry Witt Sr., died when his plane crashed in 1964 while dropping gospel tracts in central Mexico. An eyewitness claimed the plane was belching smoke before it crashed, adding to speculation that it was shot down from the ground. The charred corpses of Witt and a co-worker were pulled from the wreckage and delivered to a nearby mining town, where they were tied to chairs in the main plaza. Children were released from school and promised ice cream if they would spit on the missionaries. Within three weeks, two men suspected of persecuting evangelicals – a Catholic priest and city official – died suddendly. A heart attack took one, an auto accident the other. “It is a graphic demonstration of God’s vengeance,” Witt Jr. says. “One man was buried before my father was.”

Witt and Wiley both have survived close calls. Witt was traveling with a relative on a logging road when he spotted an oncoming truck with its driver waving out the window for him to stop. Witt pulled over and the stranger warned the men they were heading into an ambush a few miles down the road. Witt thanked the stranger, turned the car around and said to his brother-in-law, “I think angels drive green Dodge pickups. I’ve never seen that man before.” In the air, Witt is watched closely by drug runners, government agents and Mexican soldiers. “Everybody is looking at me with high suspicion,” he says. “It’s hard to explain why a foreigner with a good airplane would spend so much money to take a message to people they don’t care about.” 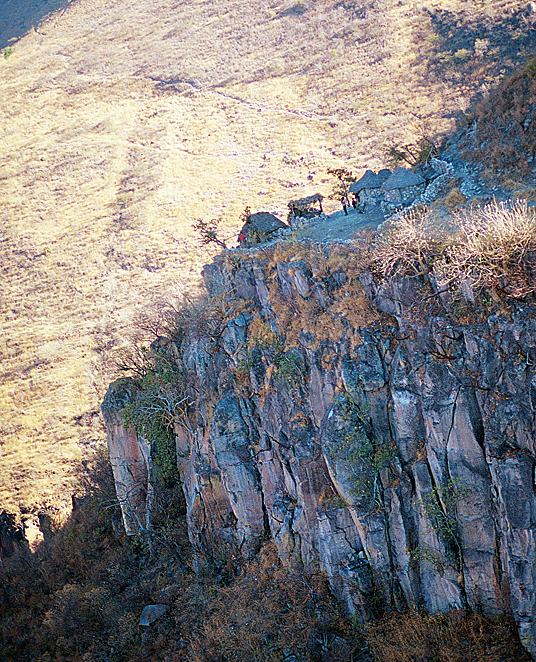 THIS PRIMITIVE DWELLING IS HUNDREDS OF MILES FROM ANY ROAD. MERCY WINGS SUCCESSFULLY DROPPED A RADIO TO THE FAMILY AFTER SEVERAL ATTEMPTS

Witt says an airplane mishap once “saved my neck.” He had just landed on a remote airstrip when the wheels struck mud and tilted the plane onto its nose, damaging prop and engine. Witt walked 43 miles through the bush to reach help. During repairs, pilots discovered damage that had been missed on earlier inspections. Had they not caught it, Witt says, the plane might have malfunctioned and crashed. “When something we would normally term bad happens, we know God is saving us from something,” Witt says.

Wiley received encouragement from an unlikely visitor following a near-fatal plane crash in 1976. The plane he was piloting lost power shortly after takeoff and crashed into the hillside, trapping Wiley and his father. A villager pulled the men from the burning wreckage and transported them to a hospital. One night, as both men dozed in their hospital room, the father was awakened by a bright light. He told his son the next morning that an angel had appeared next to his bed and ministered to him from the book of Psalms. “Dad was weeping,” says Wiley, who suffered third-degree leg burns and a broken knee. “He said, ‘Son, the angel told me to tell you everything is taken care of. Don’t worry. You’re in God’s will.’ ” Although Wiley admits the accident “almost took the flying out of me,” he purchased a new plane and returned to flying. He remains committed to reaching the unreachable. “We’re nothing special,” he says. “It’s God who put this desire in our heart. Some day we’ll be buried here in Mexico when our work is completed. Somebody else will grab the torch and run with it.”

Ron Storer of Auburn, Wash., took the photographs above. We met when I was a sportswriter in the 1980s. He was training for the U.S. Olympic Cycling Trials. During my interview for a newspaper article we discovered we both were Christians. I got a call from Ron years later. Said he was working on a special project: photographing missionary pilots in Mexico. We teamed up for a Charisma magazine article in 2000. I did my interviews by phone from Seattle.  Ron was in Mexico. To capture dramatic images from the air, Ron had pilots remove doors and secure him inside with rope. “I was hanging out the window having a wonderful time until I arrived in Seattle the next day and realized I had a pretty good case of vertigo,” Ron says. “But it was worth it.” This is a re-edited version of my Charisma article.