Do you not know that those who run in a race all run, but one receives the prize? Run in such a way that you may obtain it. And everyone who competes for the prize is temperate in all things. Now they do it to obtain a perishable crown, but we for an imperishable crown. – 1 Corinthians 9:24-25

Chariots of Fire, the surprise Oscar winner for Best Picture in 1981, has aged well. I own the DVD and cry every time I watch it – like I did in the theater 39 years ago. The historical drama is about two British track athletes. One is a devout Protestant Christian, the other a secular Jew. Both overcome personal hurdles to compete in the 1924 Paris Olympics. 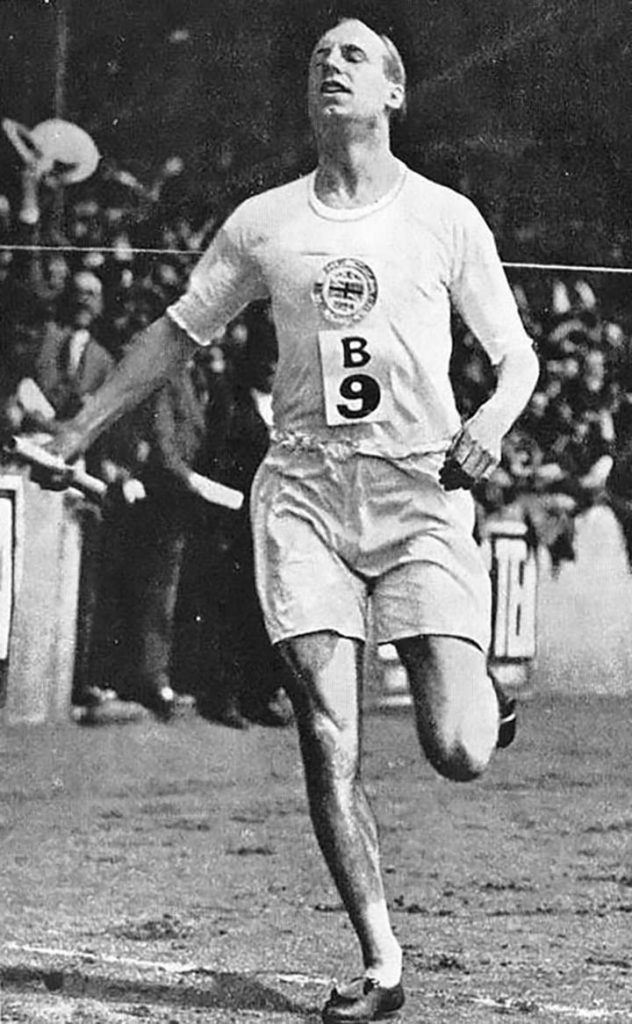 Scotland’s Eric Liddell (left), born in China to missionary parents, refuses to run a 100-meter qualifying heat at the Games because it is scheduled on Sunday, the day he observes the Biblical Sabbath. His decision aggravates the Prince of Wales and British Olympic officials who flex their political muscle to try to persuade him to run. Liddell won’t budge.

Meanwhile, Harold Abrahams, a highly competitive Cambridge athlete, struggles to prove himself in a post-war society of class prejudice and anti-Semitism.

The movie’s crowning moment is when Liddell wins the 400 meters, an event he was not supposed to run. After dropping out of the 100 – denying him a chance to medal in his best event – Liddell gets a second chance when a British teammate gives up his spot in the 400, scheduled on a different day. Liddell preaches in a Paris church on the Sunday he was scheduled to run the 100. Abrahams takes gold in the event.

Before the start of the 400, American sprinter Jackson Scholz hands Liddell a piece of paper with 1 Samuel 2:30 scribbled in pencil – “He that honors Me, I will honor.”  The race starts and we hear a replay of a post-race sermon he delivered to track spectators earlier in the film: “So where does the power come from to see the race to its end? From within.” As footage of Liddell running turns to slow motion, we hear another flashback, which is the best line in the movie: Liddell responds to sister Jenny, who protests his decision to delay mission work in China to run in the Olympics: “I believe God made me for a purpose (China). He also made me fast, and when I run I feel His pleasure.” Liddell set a world record in the 400, a distance he had not trained for. He also captured bronze in the 200.

Liddell returned to the mission field in 1925. Twenty years later he died in a Chinese internment camp where he had served, cared for and ministered to fellow prisoners. He kept the faith. He finished the race.

The God of Israel is near
Salt and light