Out of the ashes


George and Margaret Keller are parents of America’s most prolific serial arsonist. During late 1992 and early 1993 son Paul set 76 fires that killed three and caused more than $30 million in property damage in Washington state. The siege ended after a phone call. George contacted arson investigators after seeing a police sketch in the local newspaper that resembled his son. Paul was arrested eight days later. 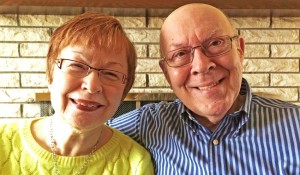 The Kellers raised three children in a Christian home. George would always encourage them, “You will never go wrong doing right.” Dad backed up his words by turning in his own flesh and blood. Paul confessed to the crimes and is serving a 99-year prison sentence.

The arson drama made national headlines. CBS aired a TV movie about the Kellers in 1995 called Not Our Son, which can be viewed here. My wife and I met George and Margaret through a mutual friend about this time. We fell in love with them immediately. But it was clear the Kellers were crushed emotionally and barely functioning. We learned that their pastor and closest friends had abandoned them when news broke of their son’s crimes. They lost their home and advertising business. In her pain and brokenness Margaret would pray privately, “Jesus, this is Margaret.” Nothing more. Weeks later a still small voice answered, “Margaret, this is Jesus.”

Over the next 15 years we watched the Lord work a healing miracle. Today George and Margaret are alive and well and serving in ministry.

The right stuff
The Third Pilot