Yeshua (Jesus) of Nazareth came to earth to save the lost. But who or what was lost?

The Son of Man answers in Matthew 15:24. He tells a Canaanite woman that He was “not sent except to the lost sheep of the house of Israel.” It is important that we know the identity of this house.

Israel consisted of 12 tribes early in its history and is referred to in the books of Moses as the house of Israel. When the kingdom divided following the death of Solomon in 975 BCE the 10 northern tribes continued to be called the house of Israel. The southern tribes, Judah and Benjamin, were called the house of Judah. The term Jew is derived from the name Judah, one of Jacob’s 12 sons. People from the southern kingdom were called Jews. Yeshua was addressing the northern kingdom in the Matthew passage, not Judah. 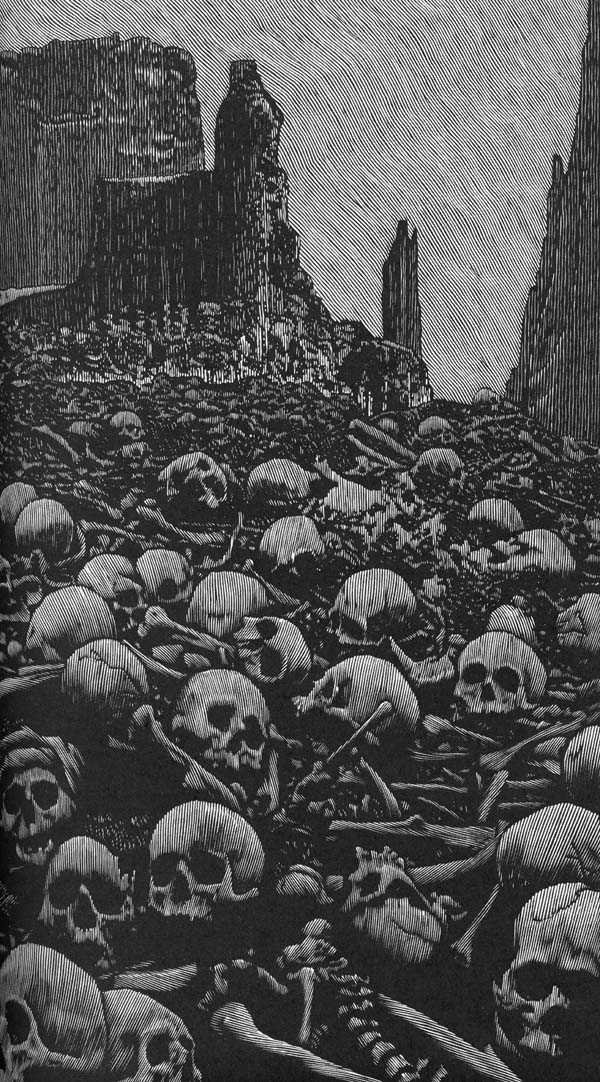 If all mankind needed redemption, and it did, why would God single out Israel and call her lost? Jeremiah 3:8 has our answer. God granted a get, a bill of divorce, to the northern kingdom because of her spiritual adultery. Israel lusted after pagan religions and in God’s eyes had taken another husbandman. In Hosea 2:2 the LORD says the northern kingdom is no longer His wife. Five verses later Israel laments her harlotry by declaring “I will go and return to my first husband.” But there’s a problem. Because Deuteronomy 24 forbids a divorced woman who has remarried to return to her first husband, Israel could not return to God. Judah also played the harlot but did not ask for a get (Hosea 11:12). Its Babylonian exile was, in a sense, a marriage separation.

The famous dry bones reference in Ezekiel 37 describes the spiritual condition of the northern tribes – cut off and lost. In Jewish synagogues the dry bones passage is read during the Sabbath that falls within the weeklong celebration of Passover in the spring. That is prophetically significant. Yeshua redeemed the 10 tribes – the dry bones – through His death and resurrection at Passover. Israel was released from the divorce law by the death of her first husband, Yeshua, who came to earth in the fullness of YHVH, the name of God that reflects His attribute of mercy. Yeshua’s atoning sacrifice on the tree – He was crucified the very hour Passover lambs were slaughtered in Jerusalem – satisfies the Father, who says in Isaiah 50:1, “Where is the certificate of your mother’s divorce, whom I have put away?” Isaiah 53:5 declares that by Messiah’s stripes Israel is healed spiritually. Ezekiel 37 pictures the dry bones coming to life. But what about Judah? Did the LORD forsake the southern tribes who, despite their iniquity, kept Torah, the priesthood and sacrificial law? Certainly not! Yeshua and the apostle Paul took the Gospel to the Jew first, following Biblical protocol (Romans 1:16). God offers words of affirmation to Judah in Isaiah 49:

But Zion said, “The LORD has forsaken me, and my LORD has forgotten me.” Can a woman forget her nursing child, and not have compassion of the son of her womb? Surely they may forget, yet I will not forget you. See, I have inscribed you on the palms of My hands.

This drama is a picture of the prodigal son parable in Luke 15. The 10 northern tribes are the prodigal, leaving the father and squandering his inheritance in sinful behavior. Broken spiritually, financially and emotionally, the prodigal repents and returns to the father, who welcomes him back unconditionally. The older son, who did not leave the father nor transgress his commandments, is angry that his wayward brother gets a pass. Judah is the older brother. The father responds to the older brother, “Son, you are always with me, and all that I have is yours. It was right that we should make merry and be glad, for your brother was dead and is alive, and was lost and is found.”

In the process of restoring ethnic Israel, God offers redemption to all mankind. Although many Jews recognized and received Yeshua as Messiah in the first century, Paul beckons Gentiles, including redeemed Israelites, to provoke Judah to jealousy so that the natural branch can be grafted back in. Judah was broken off because of unbelief (Romans 11:20). As he penned this passage in Romans, Paul certainly was mindful of Ezekiel 37, how in the end days God will rejoin the two sticks, Israel and Judah, and make them one stick in his hand. They will return to the land of Israel and no longer defile themselves with idols. David His servant – Yeshua – will be their King and His sanctuary will be in their midst forever.

THE ABOVE ILLUSTRATION, “THE VALLEY OF DRY BONES” BY BARRY MOSER, IS USED WITH PERMISSION FROM PENNYROYAL CAXTON PRESS AND VIKING STUDIO. THE USE OF IMAGES DOES NOT REFLECT, TACITLY OR IMPLICITLY, MR. MOSER’S PERSONAL, THEOLOGICAL OR BIBLICAL PERSPECTIVES.