Frank Sinatra released a song in 1969 called My Way. He wasn’t quoting Jesus Christ, who identified Himself as The Way. The lyrics depict a man approaching death. In a moment of reflection he boasts how he navigated life on his terms. No regrets. No remorse. No repentance. My Way is one of the most requested songs at funerals.

For what is a man, what has he got?

If not himself, then he has naught

The record shows I took the blows and did it my way! 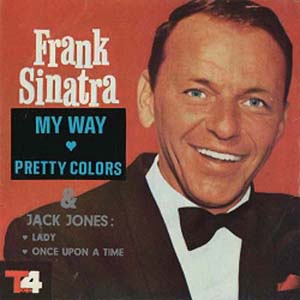 In Biblical times the Jews inhabiting Jerusalem did it their way, ignoring repeated warnings by the prophet Jeremiah to turn from sin. The God of Abraham, Isaac and Jacob complains to the prophet, “They have not been humbled, to this day, nor have they feared; they have not walked in My law (Torah) or in my statutes.” One of their chief offenses was worshipping the queen of heaven, also known as the fertility goddess Ishtar or Easter. Jeremiah spends more than 40 years trying to reach his stiff-necked neighbors. Their response: “We will not listen to you! But we will certainly do whatever has gone out of our own mouth (Jeremiah 44:16-17).” Sinatra provides the soundtrack:

And now, as tears subside, I find it all so amusing

To think I did all that

God gives man free will. We can choose our way or His way. The Bible says one road leads to death, the other life. If you are a professing Christian, which way are you going? Do you honor Christ by observing His birth, death and resurrection on Christmas and Easter, church traditions that are rooted in ancient paganism? Does God wink when you replace Passover, which commemorates Christ’s sacrificial death as the Passover Lamb, with Easter (Ishtar), the idol that ensnared the Jews in Jeremiah’s day? Do you even want to know the answer?

Passover fulfilled
All that I need