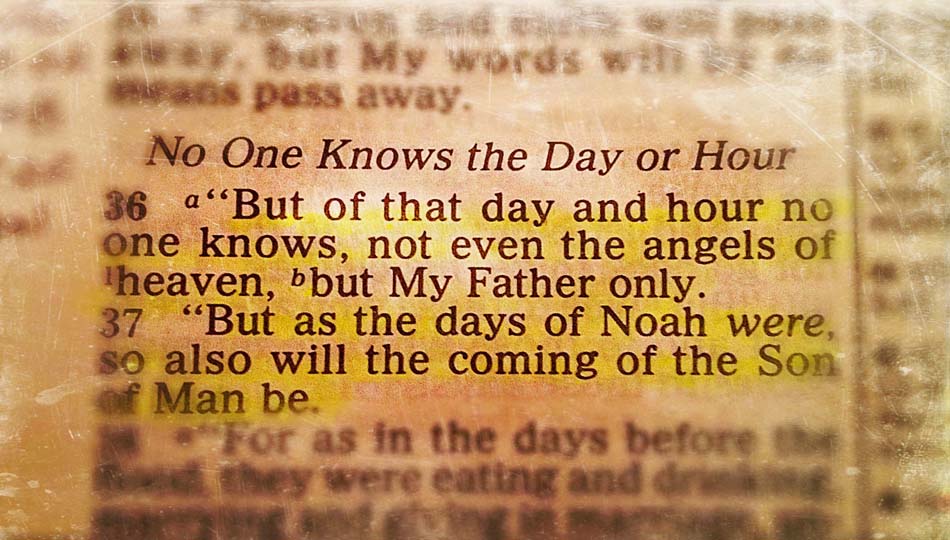 Matthew 24:36 hints that Yeshua will return on the Biblical feast of Rosh HaShanah.

God’s feast days in the Old Testament have little to do with feasting. The Hebrew word for feast, mow’ed, means sign, signal or appointed season. God was signaling the Israelites a direct, clear message: Watch for Messiah. The spring and fall feasts were dress rehearsals for the first and second coming of Yeshua (Jesus) of Nazareth.

Yeshua fulfilled the spring feasts – Passover, Unleavened Bread and First Fruits – to the letter with His death and resurrection. God sent the Holy Spirit to indwell the hearts of believers on Shavuot (Pentacost), the last of the spring feasts. Yeshua will fulfill the fall feasts – Rosh Hashanah, Yom Kippur and Sukkot – when He returns for His bride (the church), judges the nations and establishes His millennial kingdom on earth. Jewish sages believed two redeemers would usher in the Messianic age – Mashiach ben Yosef, the suffering servant, and Maschiach ben David, the conquering king. They missed the prophetic picture that a single Messiah would fulfill both advents.

Overview of the fall feasts and their link prophetically to Messiah:

ROSH HASHANAH – The only feast that falls on the first day of a Hebrew month. In Biblical times the beginning of each month was determined by the sighting of the new moon by two witnesses. Before science determined the cycle of planets, Jews had a two-day window to spot the crescent new moon. No one could predict the hour or day. Once the sighting was confirmed, priests would sound the shofar (ram’s horn) to signal the start of Rosh Hashanah, which also is called the Feast of Trumpets.

Yeshua says in Matthew 24:36 that no one knows the hour or day of His return, possibly alluding to Rosh Hashanah. If that’s true, the Lord will descend from heaven on Rosh HaShanah to gather His bride, the church. Paul says in 1 Corinthians 15:52 that the rapture of the church will coincide with the blowing of a trumpet or shofar. 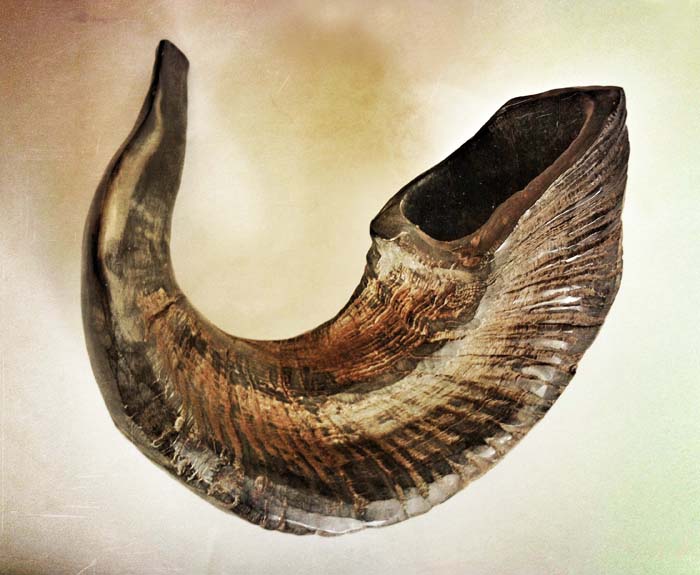 A shofar blast will coincide with the rapture on the church on Rosh HaShanah.

YOM KIPPUR – A solemn holiday. Time to afflict the soul, fast and repent of sins from the past year. The seven days between Rosh HaShanah and Yom Kippur are called the Days of Awe. Jews believe God reviews the books of judgment on Rosh HaShanah and dispenses judgment on Yom Kippur. The Days of Awe are a person’s last chance to make amends and demonstrate repentance. In the Temple period the high priest made atonement for Israel on Yom Kippur. Lots were cast to determine the fate of two sacrificial goats. One goat was slaughtered. The other animal, identified as the scapegoat, was driven into the wilderness, symbolically carrying away the sins of Israel. According to the Talmud, a scarlet cloth was tied between the horns of the sacrificial goat. Each year the cloth turned white, fulfilling Isaiah 1:18  – “Though your sins are like scarlet, they shall be as white as snow.”

Following Yeshua’s crucifixion, God sent the Jews miraculous signs to validate His Son’s sin atonement for mankind: the scarlet cloth no longer turned white, the western lamp that lit other Temple lamps would mysteriously go out, and the Temple doors, which took 20 men to move, would open by themselves. The red cloth meant the Father no longer would accept animal sacrifices for atonement. The extinguished lamp was meant to divert attention to Yeshua, the light of the world (John 8:12). The open doors were symbolic of the unrestricted access mankind now had to the Father through the Son.

If our timeline is correct, Yeshua gathers His bride on Rosh HaShanah then returns to earth on Yom Kippur to judge the nations.

SUKKOT– The seven-day harvest festival, also called Feast of Tabernacles, begins five days after Yom Kippur. It is a joyful, festive holiday. Jewish families construct a sukkah, a small, temporary shelter in which meals are eaten. The sukkah is used to remember the huts the Israelites lived in during their 40-year sojourn in the desert following the exodus from Egypt. America’s Thanksgiving was patterned after Sukkot because the Puritans were followers of the Hebrew Scriptures. Prophetically, Sukkot represents the millennial reign of Yeshua and His saints on earth. The Greek word for “tabernacle” is skene, meaning tent. John 1:14 says “The Word was made flesh and dwelt (camped) among us.”